Hoping to establish a Mission House in the newly-formed Eastern Province, in 1941 the Society of the Divine Word purchased a property known as Point Breeze in Bordentown, New Jersey. Eleven years earlier, the bank had seized the property from its then-owner, Mr. Harris Hammond. The 242-acre estate featured a mansion, three swimming pools, a tennis court, croquet court and formal gardens. The estate was also referred to as “Bonaparte Park,” since Napoleon Bonaparte’s brother once owned it.

The sale price was listed at $165,000 but the Society got a real bargain, purchasing the property for just $55,000! Some work needed to be done in order to clean the mansion and prepare it for use again.

In 1942, a hall clock was purchased and placed in the great rotunda at the center of the building so everyone could hear its chimes. The clock sounded every 15 minutes as a reminder to recite the Quarter Hour prayer. From 1943 to 1947, the building was used as a residence for the Divine Word community. After several years of repairs and restoration, St. Joseph’s Mission House opened for its original purpose – to educate young men who were discerning a vocation to religious life after graduating from high school. At that time, the course for SVD candidates was four years at a preparatory seminary, two years at novitiate, two years at Juniorate, two years of philosophy studies and four years of theology. Bordentown offered accelerated curriculum to supplement and complete any high school studies that candidates had already completed, helping prepare them in Latin and Greek before entering the novitiate program. The coursework in the 1940s was complex and the teaching style was rigid. 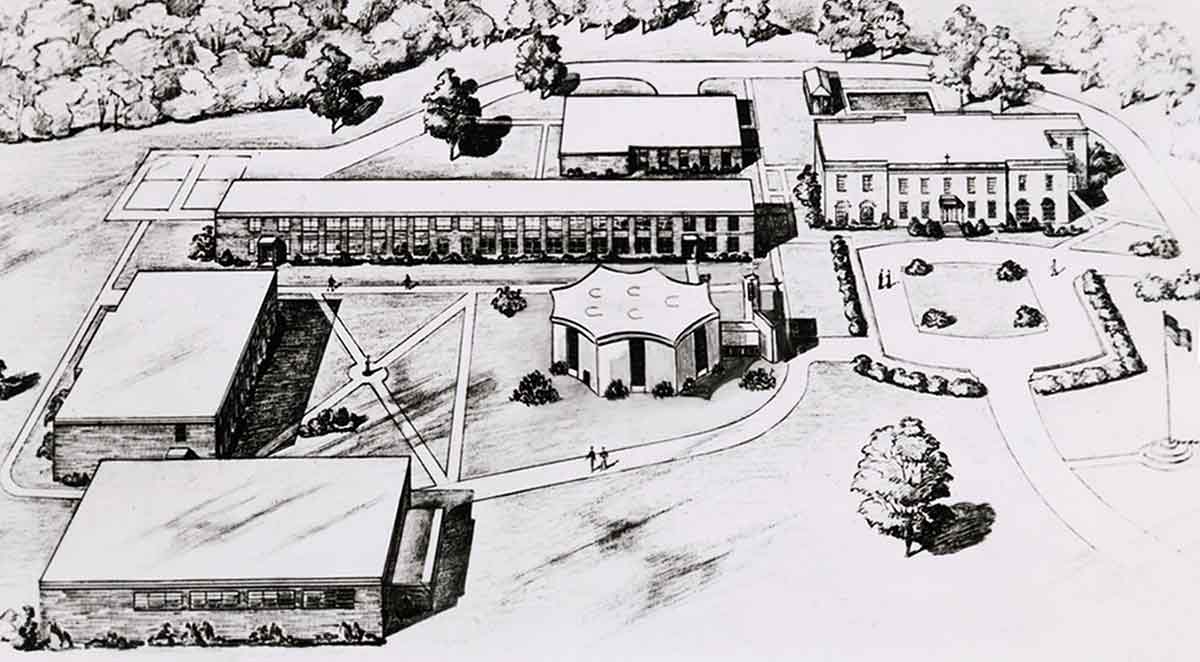 The school for belated vocations, as it was known, moved to Miramar College in Duxbury, Massachusetts. Miramar became the junior college. The Bordentown location was transformed into a four-year high school or “minor” seminary. With a new and growing student body, a proper campus was needed. A complex of buildings was built to satisfy the needs of the new Divine Word Seminary High School. The expansion included the addition of a building that included classrooms, a dormitory, dining center, administrative offices and a gymnasium.

It wasn’t long before other religious communities started sending their high school seminarians to live and study at the Divine Word Missionary campus. Despite fair enrollment figures, only six graduates of the Bordentown high school went on to profess perpetual vows as Divine Word Missionary priests or brothers. Twelve men who studied at Bordentown were ordained for a diocese or another religious community. This information, paired with shrinking enrollment numbers lead superiors to seek help from a consultant who evaluated the education program. It was deemed to be a good academic and formation program but if enrollment dipped below a particular threshold, the consultant advised that the minor seminary should close.

Then, tragedy struck. On February 2, 1983, the Hammond mansion, which served as the chapel and the religious community’s residence, suffered a major fire. It was decided that the school would close at the end of May 1983.

Fr. William Shea, SVD, was rector of Divine Word Seminary at the time. The students who still wanted to pursue their studies in preparation for the priesthood were welcomed to enroll at St. Joseph’s Seminary High School in Princeton, New Jersey. Fr. Shea went with them and remained there for two years.

The burned mansion was razed to the ground in 1984. 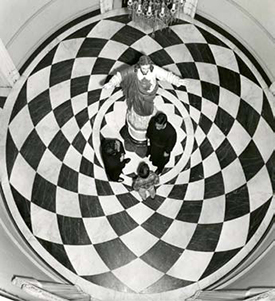 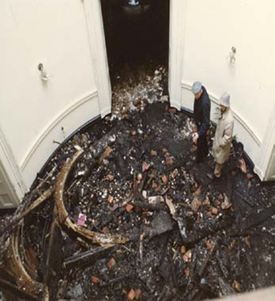 The mansion rotunda before and after the fire.

The property was used primarily for these purposes until December 2020 when the Society sold it to the city of Bordentown in partnership with the New Jersey Department of Environmental Protection’s Green Acres Program and the Delaware and Raritan Greenway Land Trust. The main building will serve as the City Administration Building and Police Department. The acres are expected to be part of a large lot of continuously preserved land and trail region, which Bordentown city officials hope will draw visitors to their community.

The text of this page is an adapted version of Communities of the Word, The Bordentown Story by Fr. Raymond Lennon, SVD.