After professing First Vows as members of the Society of the Divine Word, seminarians move from the Novitiate to the Theologate to pursue a deeper understanding of Theology. By the late 1960s, it was apparent that the theological studies program at Techny needed to be relocated in order to offer a location with expanded resources. After much consideration, it was moved to the Catholic Theological Union in the Hyde Park area of Chicago. At that time, the Union was already home to theological students from the Franciscans, Passionists and Servites. There were five theology schools of different denominations within walking distance from each other. The potential for growth and mission focus made CTU the right fit. SVD superiors decided that the Theologate would be an established community with its own rector and consultors. 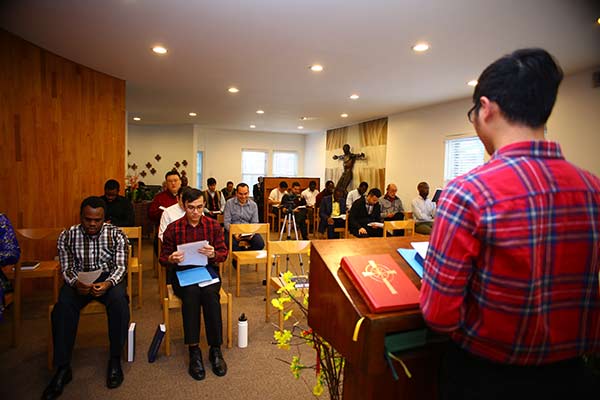 The final decision was made in May 1970, so there wasn’t much time to secure housing. The first SVD students to attend CTU lived in the Windermere Hotel for a year. In the fall of 1971, the Theologate community moved into apartments on Woodlawn Avenue and 54th Street, approximately a mile from Catholic Theological Union. The Society sublet 12 apartments from the Jesuits, who owned the building.

As the Catholic culture evolved following the Second Vatican Council, students’ expectations of formation programs also changed. The formation program transitioned from the institutional model that was in place at Techny to a more flexible one, which was oriented toward personal growth through smaller group processes. Divine Word Missionary students and faculty at the Theologate embraced the shift from a more classical seminary training to one that focused on personalized spiritual and moral development. 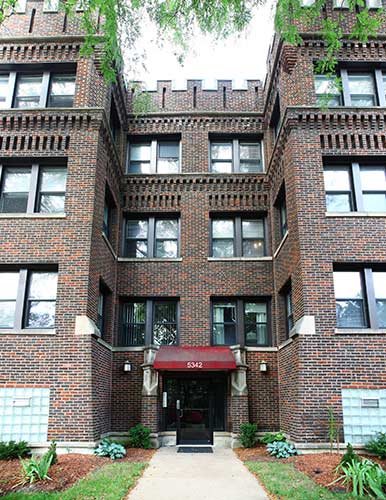 By the end of the 1970s, the Society purchased a nearby property at the corner of 54th Street and University Avenue. Three adjacent six-flat apartment buildings were linked at all three levels. A common chapel was also designed and executed by local artist Ms. Lillian Brulc. The community removed excess kitchens and converted virtually all rooms into private bedrooms and a few offices. The newly established residence buildings made it possible for students to form small groups within their units, while also having access to the wider Theologate community. Even today, those in temporary vows divide into groups, or small communities, each of which has its own lounge, dining area and kitchen. Once per week, each student prepares a meal for his small community. Each week, they also gather to share experiences, discuss specific topics and explore their faith through Bible study; all the while challenging and supporting each other on their journeys of faith and self-realization. Periodically, the entire Theologate community gathers together for activities. Individually, each student regularly meets with a spiritual director, as well as his academic advisor at CTU. The total number of small communities has fluctuated from two to five throughout the years, depending on the number of candidates and the availability of formators. 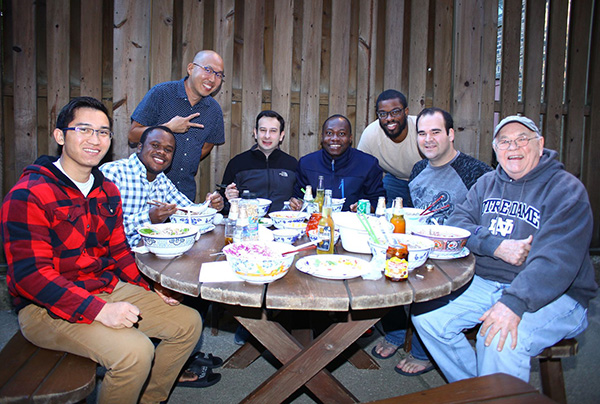 In 2008, the Brother Formation Program merged with the community at the Theologate. Brothers who are in temporary vows are grouped together in a small community with additional members from the seminary candidates. A director of Brother Formation serves as formator for the group.

Since joining the Catholic Theological Union, Divine Word Theologate members have maintained the highest number of candidates of any single order.

The text of this page is an adapted version of Communities of the Word, The Theologate Story by Fr. Stanley Uroda.