Finding God on the Pennsylvania Turnpike 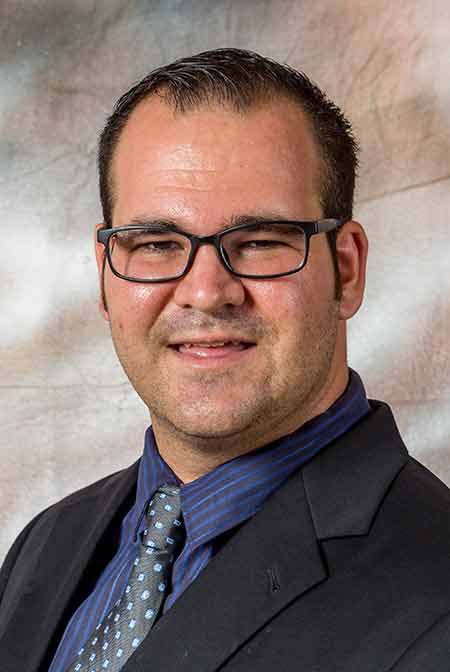 One of my most memorable experiences was when I went to the 2016 March for Life. It was John Yangia and myself representing DWC. We had an amazing group we went with and saw thousands of other people there who were also marching. There were two things that stood out for me from that trip. It was the charity from our group and a sense of God being present during a very crucial time during the trip.

Starting with charity, we had gone to Union Station in Washington DC with food and water to give to the homeless. While we were there, we spent time talking with the homeless and listened their stories. This was not the only charitable thing we did for them. The next day we had to prepare to leave early due to a snowstorm coming and our group leaders were able to convince the hotel management to allow the homeless to stay in our rooms for one night since we were supposed to stay one more night anyways. These people not only had a room, heat, and water, they also had pizza waiting for them in their rooms because our group leaders also bought pizza for them as well. This was a great example of Christian charity and what it means to be prolife. This showed me how being prolife really is “defending life from conception, until natural death” as I used to hear many times. 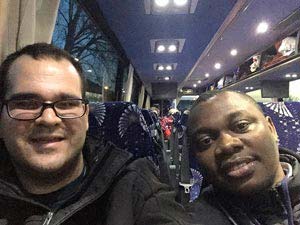 The one time I remember experiencing God being present was when we were on our way back to Iowa. We left Washington DC a day earlier due to a snowstorm. While on the Pennsylvania Turnpike, we came to a complete stop due to traffic and were stranded in the same spot for twenty-four hours. When we first stopped, I didn’t think anything of it, then when I woke up in the morning, I realized we were stuck in the exact same spot. I then saw the seriousness of the situation. Despite this, everyone in the group remained calm, including myself. We continued on as normal on the bus, even the bus wasn’t going anywhere. 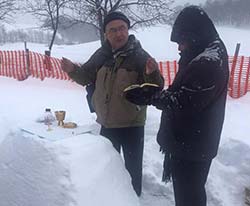 Later in the afternoon, we had Sunday Mass on the side of the Pennsylvania Turnpike. We were able to get some hosts and wine from another Catholic group that was also stranded like we were and the students in the group created an altar made of snow for the gifts.

Truly, this was something unique and special during such a time. Looking back, its amazing we were able to still have mass and know God is present while uncertain of when you’ll get back on the road to go home.

If you open yourself to God, you can experience God where you least expect it.