My years as a student at Divine Word Seminary in Girard, Pennsylvania from 1964 to 1968 and at Divine Word College in Epworth, Iowa from 1968 to 1972 were the most important years of my life. I grew up on the westside of Cleveland in a relatively poor family with two brothers and a sister. By going away for school, I learned discipline and how to study. It was not all perfect but I learned to accept people from all backgrounds.

This led me to a 36-year career as a School Counselor in an inner-city school. After retiring, I continued my role as the "voice of the Maple Heights Mustangs," serving as the public address announcer for football, basketball, wrestling and occasionally volleyball. I did promotional recordings for the school, which included daily announcements. I credit this skill to my speech classes that I had in the high school and in college. I am currently helping my son-in-law with his business by handling the financial books. His main business is in the Congo mining for precious metals, which will help fill the need for many of our electronic devices.

I have to be careful talking about my high school experience because Fr. Bill Shea, SVD was Dean of Students during my senior year. I have many great memories but I will not be able to mention them all. The one that brings a smile to my face is that we participated in tackle football and played other schools. We were undefeated my senior year but the highlight was when we played St. Mark's Seminary in Erie. 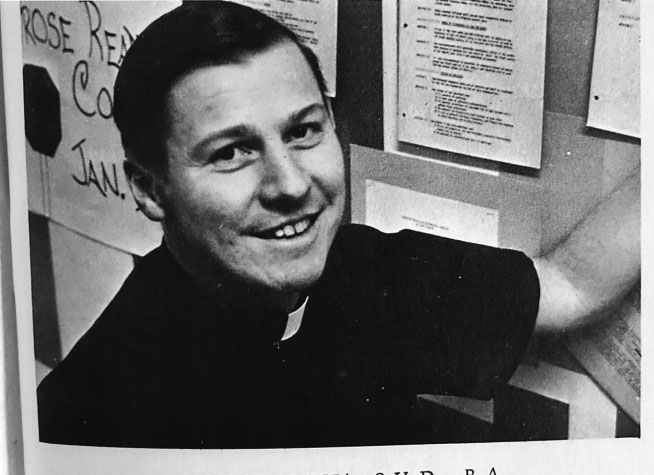 All off season they were bragging about how they beat up on us over the years and saying that we may not even field a team. When the day of the game arrived, we ran on the field with our 17 players wearing new uniforms, thanks to our coach, Bob Snyder, only to see 50 players on their sideline. We ended up beating them 19-12 and, as a result, brought nothing but pride and enthusiasm that lasted the rest of the year. One of our players, Chris Wholey who went to Epworth for a year, went on to play college football at the University of San Diego. 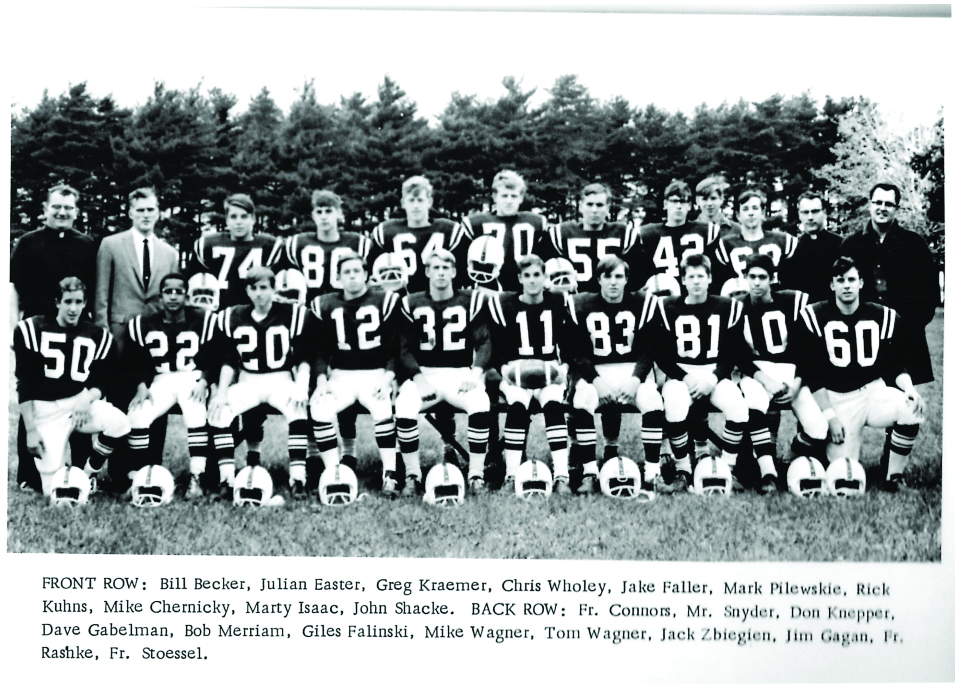 The greatest memory I have at the college level was when I was given the opportunity to student teach at Western Dubuque High School during my senior year. This was the first time and I think the only time they allowed this. I taught sociology to seniors and this was a great experience for me. Wiley Bowers, another fellow student, also had this experience.

After graduation, I went on to Ohio University where I earned my Masters in Counseling and the rest is history.

I would be remiss not to mention that after I graduated from Ohio University I taught at an elementary school where I taught social studies, English and 6th grade religion. I also taught physical education to 5th-8th grades. It is here that I met my wife of 47 years. We have three children, who I am very proud to say, have done very well. My oldest is an electrical engineer. My second graduated from the Air Force Academy and is currently a colonel in the Air Force. My youngest is a counselor at a middle school. They all have families and we now have seven grandchildren.

Once again, I have to give credit to the Divine Word Missionaries for all my success. 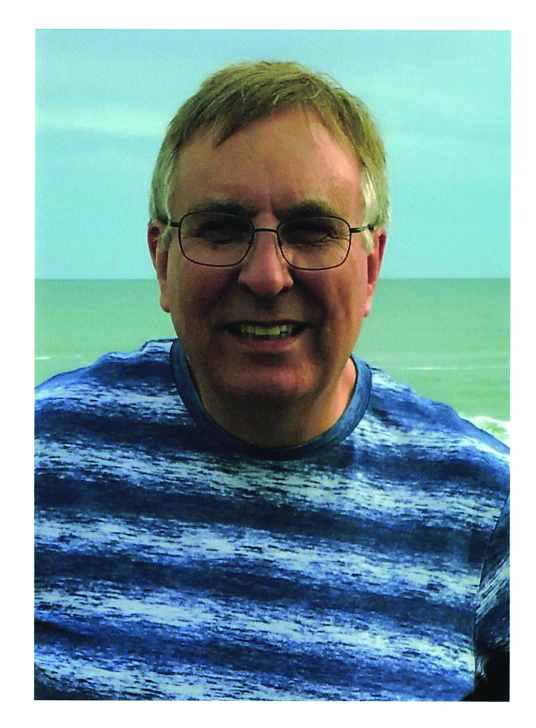