In early 1957, we high school freshmen at Miramar (St. Francis Xavier Mission House) watched in awe in chapel as our four seniors, Bob Jones, (first cantor, Gregorian choir, 2d bass, polyphonic choir, and trombonist, band and orchestra);  John McGuiness, (2d cantor, 1st tenor, trumpeter); Zoltan Kiss from Hungary, (3d cantor, 2d tenor, violinist); and Tom Marmon declared their intent to continue their SVD formation after high school graduation, and move on to the two years of novitiate at Divine Word Seminary (St. Michael) at Conesus, New York in the fall of 1957. Our Rector, Very Rev. Robert Hunter, accepted their intent and declared them Postulants. It was time for Brother Girard, SVD, to get to work.

That's because Brother Gerard, born (I think) in Germany or Austria, a fixture at Miramar for decades, a master gardener, self-styled healer in his infirmary healing our adolescent ills with his bag of placeboes, was first and foremost a master tailor. Every year he carefully measured every graduating Postulant, and custom-sewed two SVD-specific cassocks, wide cincture and sash (exactly like those worn today by every bishop and pope), to be mailed ahead to Conesus for investing the new novices upon their arrival the following September.

To us teenaged minor seminarians, old Brother Gerard, probably already well into his seventies, often seemed stern and grumpy; when I had a cold or the flu, however, and was sent to the infirmary for a day or two, he was always kind and caring, like the grandfathers who died before I was born. He was particularly adept at removing excess ear wax. Armed with his huge, two-fisted stainless steel syringe filled with warm water, he purged our blocked ears, as we held a curved porcelain pan to our necks to collect wax dislodged from our ears. 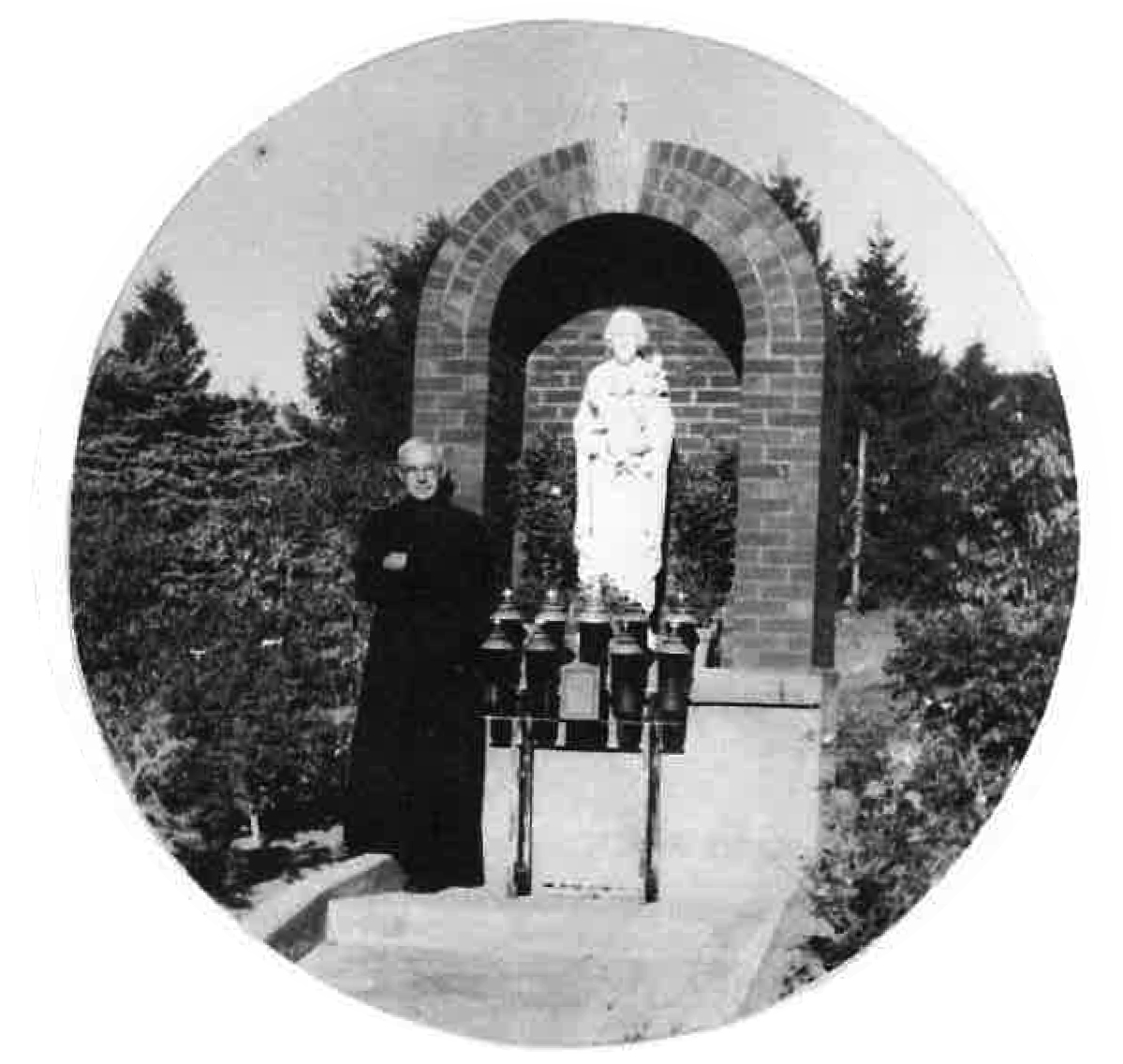 In 1961, after my only college year back at Miramar, I was home in Plymouth, six miles from Miramar, and learned that Brother Gerard was near death at Jordan Hospital.  I visited with him a time or two before he died. I do not recall where he was to be buried, but with all seminarians and priests away for the summer, I was singing alone in the choir loft at Miramar as a visiting priest and I celebrated his memorial Requiem.

Also at Miramar when it was still a high school, were Brothers Otto, James, and Patrick.

Brother Otto Haferkamp, SVD, born in Germany, was elderly, but energetic and always cheerful and cracking self-deprecating jokes about his height. That's because he was born a dwarf, only about four foot tall. He always joked in his German accent, "My hair and fingernails always grew, but not me!" He was the seminary Sacristan, in those pre-Vatican II days, the only person besides ordained bishops, priests and deacons allowed to touch, clean, and polish the sacred vessels-- chalices, ciboria, pyxes, and monstrance used at Mass and Benediction. 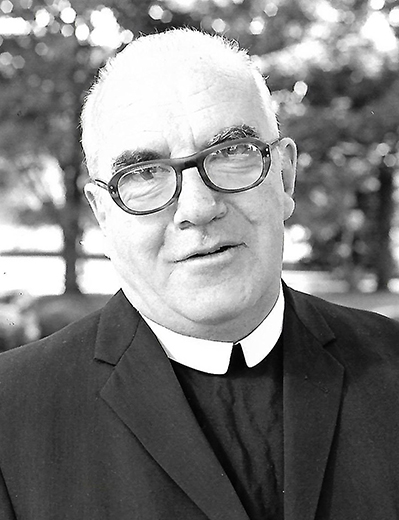 Brother James Hunt, SVD, worked hard all week in the "commercial" laundry in the basement of the priests' quarters, sorting, washing, dry cleaning, folding and ironing all our dirty clothes and bedding, always happy, cheerful, and encouraging us.

Brother Pat Cannan, SVD ran the farm. As teenagers too young for drivers' licenses, we'd volunteer (for work assignments) to help Brother Pat, who let us drive his 1950 Chevy pickup, the big International Harvester tractor, and smaller Farmall Cub. Brother Pat loved his pigs. A time or two, he worked late helping a sow deliver a litter of piglets, too late to change into his cassock for night prayer at 8pm. More than once, I recall walking in silence from study hall to the chapel for night prayer or Benediction with all the priests, brothers, the nuns who worked in the kitchen, and high school seminarians. There in the back row, fighting sleep from an exhausting workday, would be Brother Pat, still in his blue denim barn coat, oblivious to its porcine odors not always masked by the incense at Benediction. Brother Pat was six decades ahead of Pope Francis' exhortation to all bishops, priests, and deacons "to mix with the flock, and take on the smell of the sheep/(pigs)." 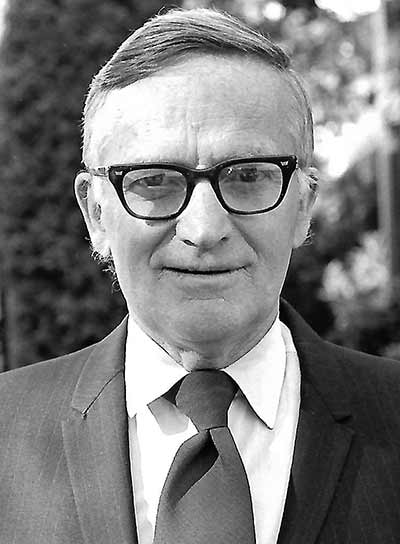 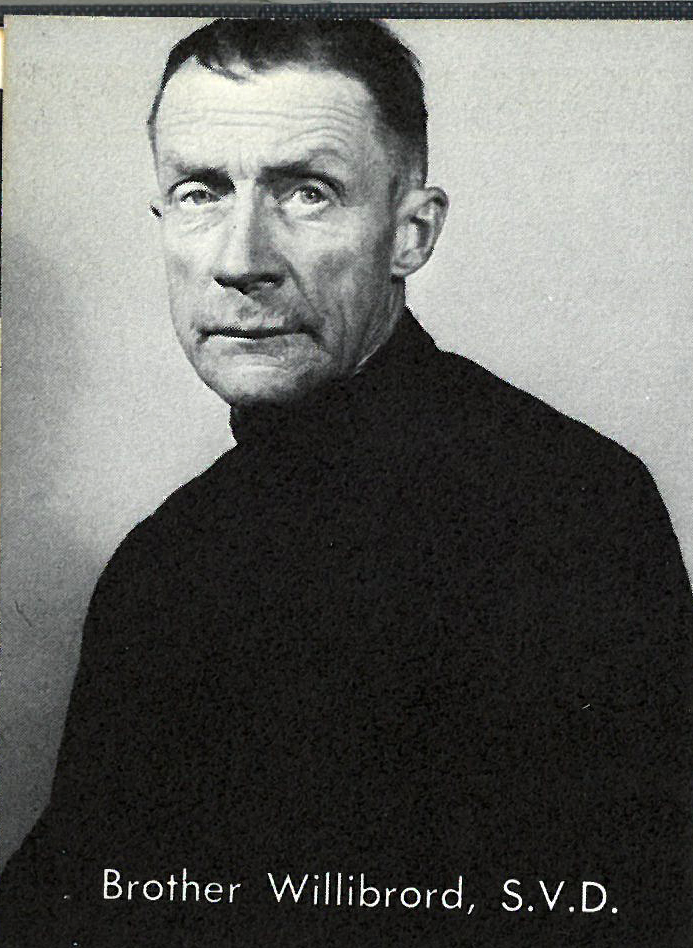 When Miramar became DWC in 1958, we were all sent to Bordentown (St. Joseph Mission House) in New Jersey, where Brother Vincent cooked in the kitchen, Brother Damien worked in the office, and Brother Willibrord ran the farm. Once again, we all volunteered on workdays to help Brother Willy harvest the acres of corn, one husk at a time, because he might let us drive his one-ton 1950 Chevy flat-bed. Sure enough, one Thursday (no school every Thursday, but school every Saturday), Brother Willy told me to climb into the cab and back the truck out. With the driver's door open wide, and leaning out to look back, I didn't notice a nearby tree that caught the door as the truck moved backwards, slamming the door back into the hood, and damaging the door so badly, it would never again close properly. That was in 1958.

Nineteen years later in 1977, I was driving alone without my wife and kids from Savannah, Georgia up I-95 to visit family for Thanksgiving in Plymouth. At Bordentown, I turned in for a quick visit, but ran into Mr. John "Jack" McCullough, still a lay teacher there, also a former SVD seminarian, who taught us Latin, German, and English in 1958-60. He insisted I stay overnight with him and his wife and kids in their home in the "Gatehouse." Toward evening, I walked up the drive to the old mansion and its chapel, and there was Brother Willy!

Although older, he still looked the same, but I was now 35, and he did not recognize me. But as soon as I said my name, he smiled and said, "It was you--you broke my truck!" We had a great visit. God bless our beloved SVD professed Brothers!